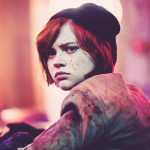 WELCOME TO MY PROFILE!

Scroll down to read more about me...

My name is Dechel-Auslly-Flyna, but you guys can just call me Jessica or Jess. I'm currently 18 years old and I live in Sydney, Australia. My hobbies include watching television, browsing the internet, listening to music and writing fiction. I am not a huge fan of large paragraphs of text, so I'm going to leave it at that.

Obviously if I'm an administrator on an R5 wiki, it means that I am a huge fan of them, right? Wrong. I hate R5. To me they're just some untalented piece of trash who are only famous because of Austin & Ally. Just kidding! I do not see R5 as this at all. They are much more than a band to me... and it's not just because I think Ross is pretty.

When Did I Become an R5er?

I found out about R5 in October 2012, when I received the Austin & Ally Soundtrack for my 13th birthday. At the time, I only cared about the A&A songs, so I never listened to the two R5 songs. I did eventually find myself listening to them, however I did not know much about them at this stage (I really only knew Ross, Riker and kind of Rydel).

In February 2013, I was given an assignment in music where I got to research any singer/band I wanted. Being the Ross girl that I was (still am btw), I chose him to do my assignment on. This is when I found out more about R5. I remember receiving the assignment a couple of days before the Loud EP was released, which I hadn't listened to until months later. Ross Lynch and Laura Marano also came to my country [Australia] at the same time.

I remember listening to Loud several months after its release and falling in love with it. And when I started to listen to the whole EP, I knew that my life was going to change forever.

What I Love About About R5

To me, R5 are extremely underrated. Saying that I just "love" them is a complete understatement. These guys are my whole world. Not only do they [especially Ross] have the looks of a hot young band nailed, but they have everything I could love in a band: talent, catchy songs, amazing personalities... the list goes on. As I mentioned before, these guys mean the absolute world to me, and I wish that they could receive more recognition.

I love every R5 song released. I do not hate nor dislike any song whatsoever. However there are songs that stand out more than others in terms of quality, sound, lyrics, tempo etc. The following lists are MY preferences, based on my personal opinion. You may disagree.

To make it much easier, I have put songs in order by EP, album or single release. Please note that there are a few songs that I haven't properly listened to, so I can't rank them anywhere.

Heart Made Up on You (EP)

Here are some fun facts about me!

Retrieved from "https://r5rocks.fandom.com/wiki/User:Dechel-Auslly-Flyna?oldid=18160"
Community content is available under CC-BY-SA unless otherwise noted.