Sometime Last Night is the second studio album by American band R5. It was released on July 10, 2015 by Hollywood Records. On April 6, the album was announced along with a summer tour to promote the new album. US and European legs have been announced so far. Three singles were released from the album before July 10th— "Smile", "Let's Not Be Alone Tonight" and "All Night", while "F.E.E.L.G.O.O.D."" was released as a promotional single. Sometime Last Night debuted at No. 6 on Billboard 200, No. 1 on Billboard Top Pop Albums, No. 3 on Billboard Top Digital Albums, and No. 4 on Billboard Top Album Sales, with 31,000 copies sold during its first week.

R5 released their debut studio album Louder in September 2013, featuring the singles "Loud", "Pass Me By", "(I Can't) Forget About You" and "One Last Dance". The band promoted the album touring North America, Europe and South America. They later released their second EP, Heart Made Up on You, which they described as a "first taste" of their second studio album. The album was set to be released in spring 2015; however, Rocky Lynch announced that it was pushed back because they wanted to "get it right" for the fans. The songs from the Heart Made Up On You (EP) were originally scheduled to appear on the album, but R5 scrapped them and the rest of their album in favor of starting over. 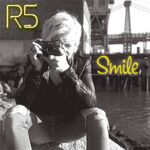 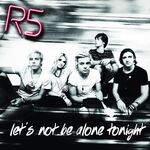 "Let's Not Be Alone Tonight" 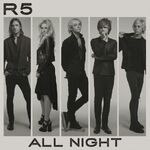 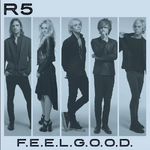 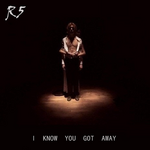 "I Know You Got Away" 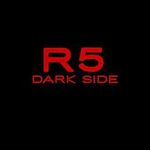 Sometime Last Night received positive reviews from critics. Although most of them were positive towards the mature sound of the album, some criticized their lack of identity as a band. Jamey Beth from Breakaway Dailysaid "Sometime Last Night [is] a selection of arena-sized pop songs shot through with gorgeously crafted melodies, electrifying harmonies, and lyrics culled from real-life stories the band’s been through over the past few years."Martha Segovia from Confront Magazinerated the album 3 and a half stars out of five. She wrote: "Overall, the album is produced in a way that accurately states how the band has developed and [...] [they] offer an easy-listening experience that has your head bopping along to each track, and singing along contently." Comparing it to 2013's Louder, Tim Senda from Allmusic said that "Sometime Last Night doesn't get bogged down in soggy ballads, but instead deals in chipper, big-chorused midtempo pop." He also praised the band's songwriting and Ross and Riker's vocals. Finally, Senda rated Sometime Last Night 3 and a half out of five.

Sometime Last Night debuted at number 6 on the Billboard 200 chart dated August 1, selling 31,000 units in the week ending July 16. It became the highest-charting album for the group so far.

Retrieved from "https://r5rocks.fandom.com/wiki/Sometime_Last_Night?oldid=17296"
Community content is available under CC-BY-SA unless otherwise noted.