Louder is the full-length debut studio album by American pop rock band R5, which was released on September 24, 2013 by Hollywood Records. Louder was also released as a deluxe edition, with four extra tracks only available for digital download. As of October 2014, Louder has sold 150,000 copies in the US and more than 700,000 in Worldwide.

"We wanted to put out a fun album," says Rydel Lynch and Ratliff. "We wanted to make an upbeat and inspirational album you want to play 24/7." 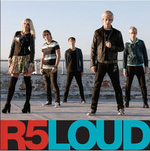 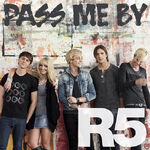 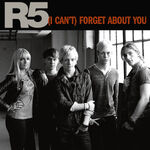 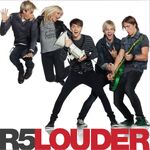 Louder received mixed reviews from critics. AllMusic's Tim Sendra praisedLouder as a "strong, uncluttered and fun modern pop confection." Also, he praised Rydel, who has a vocal feature in "Love Me Like That". Musichel calledLouder R5's impressive "grand entrance into the world of pop music", also adding that "R5's future is set for the sky and beyond."Xinhua of Spin or Bin says the album's "lacks of charisma" but praised Ross', Riker's and Rocky's vocal abilities. Paul Lim, from Singaporean newspaper Today, called the album "immature, repetitive" and "even annoying". He also compared Louder with Katy Perry and Justin Bieber. He concluded saying that the band was "a joke". Megan Phelan from Mountain Weekly News said, "there is not much to differentiate the band's sound from other trendy pop acts." However, she gave the band "extra credit" for playing their instruments.

Retrieved from "https://r5rocks.fandom.com/wiki/Louder?oldid=17700"
Community content is available under CC-BY-SA unless otherwise noted.